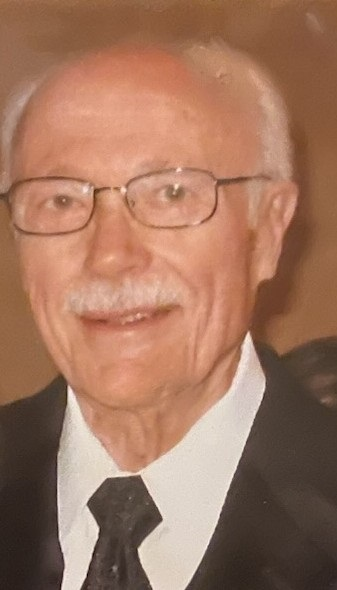 Willard was born on August 11, 1926 in Newark, NJ. He was an Air Cadet who qualified as a fighter pilot in 1945. The war ended before he could be deployed. Willard liked to say "they knew I was coming so they surrendered!" After being honorably discharged he joined the Army Air Corp Reserve for three years. During this time, he also attended Fairleigh Dickinson Junior College and graduated in 1945 with an Associated Degree in Engineering. He went on to attend Lehigh University, graduating in 1950 with a Bachelor of Science in Engineering. He was a member of the American Society of Civil Engineers and Delta Tau Delta Fraternity. Throughout his life, Willard was employed at many major companies as an engineer, including Proctor & Gamble and the Western Maryland Railway Co. He concluded his career as a contract engineer at McDowell Wellman Engineering in Cleveland, OH. It was there he invented several devices for industrial dust collection, that were patented. Willard married his first wife Gloria in 1951, together they had 3 children; Mark, Suzanne and Valerie. Gloria passed away in 1986 from cancer. Willard moved to Saratoga Springs in 1990, where he met the woman who would become his second wife in 1991. Willard married Judy Ann Morris on Nov. 6, 1993. Willard considered himself a very lucky man to have had 2 very happy and loving marriages. We will remember him as a kind, generous and very witty man who will be missed dearly.

The family would like to thank the Teresian House for their kind and compassionate care of Willard these past few months. Specifically, the fourth floor A wing staff who patiently and kindly tended to Willard. It truly is "where the spirit of love and dedication lives"

In lieu of flowers please consider a donation to the Teresian House Foundation, 200 Washington Ave Ext Albany, NY 12203, or to the charity of one's choice.

A private graveside service will take place at the convenience of Willard's family. Arrangements have been entrusted to the care of The Dufresne & Cavanaugh Funeral Home, Latham. To offer condolences relatives and friends may visit www.dufresneandcavanaugh.com.

To plant a beautiful memorial tree in memory of Willard Binzen, please visit our Tree Store

A Memorial Tree was planted for Willard
We are deeply sorry for your loss ~ the staff at Dufresne & Cavanaugh Funeral Home
Join in honoring their life - plant a memorial tree
Services for Willard Binzen
There are no events scheduled. You can still show your support by planting a tree in memory of Willard Binzen.
Plant a tree in memory of Willard
Share A Memory
Plant a Tree