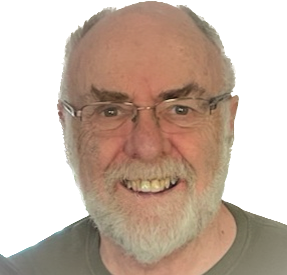 Born in Swindon, England on August 23, 1945, he was the son of the late William F. and Amy (Ody) Young. Richard was raised in the Bronx, NY and graduated from Fordham University earning a Bachelor’s of Science Degree in Pharmacy. Richard and Sandra were married on September 25th, 2010.

Richard spent the majority of his career as a Senior Narcotics Investigator with the Bureau of Controlled Substances at the NYS Department of Health. He was a dedicated member of PAP (Professional Assistance Program), an organization which aides professionals struggling with substance abuse. Richard was an avid reader and gardener. He had a specific love for roses which was well known by those who knew and loved him. Richard also enjoyed often traveling to England to visit his family there.

In addition to his parents, Richard is predeceased by a brother, William Young. Richard is survived by his loving family which includes: his wife Sandra L. Young nee Fracalossi, his children Christian (Kris) Young and Jennifer Young, his stepchildren Kalyn (Paul) Eagan and Erin (Brian) Filkins, grandchildren Isabel, Carmen, Emma, Sophia, and Cameron, as well as many cousins.

Relatives and friends are invited to call on Thursday, December 22, 2022 from 6 to 7 PM at the Dufresne & Cavanaugh Funeral Home, 149 Old Loudon Rd, Latham. Condolence messages may be left for Richard’s family at www.dufresneandcavanaugh.com. In lieu of flowers please consider planting a memorial tree in Richard’s honor which can also be done on the funeral home's website.

To plant a beautiful memorial tree in memory of Richard Young, please visit our Tree Store

A Memorial Tree was planted for Richard
We are deeply sorry for your loss ~ the staff at Dufresne & Cavanaugh Funeral Home
Join in honoring their life - plant a memorial tree
Services for Richard Young
There are no events scheduled. You can still show your support by planting a tree in memory of Richard Young.
Plant a tree in memory of Richard
Share A Memory
Plant a Tree