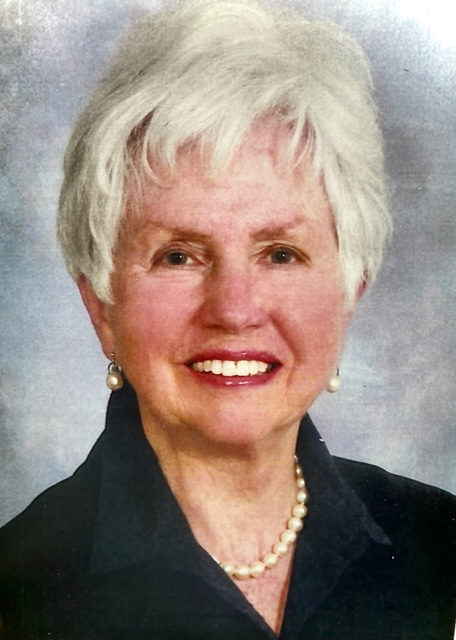 Please share a memory of Grace to include in a keepsake book for family and friends.
View Tribute Book

FUNERAL SERVICE TO BE LIVE-STREAMED AND MAY BE FOUND AT https://www.facebook.com/dufresneandcavanaugh/.

Grace was born in a neighborhood, overlooking Schenectady, called Bellevue. Grace's mother, M. Grace Jorgensen, RN, after twice giving birth at home, decided that women needed better care — especially as the great depression had begun. From that moment she made it her mission and her life's work to create a better option, and Bellevue Woman's Hospital was born. Grace followed her mother's example… and then went above and beyond.

Grace took classes at Union College, fully two decades before women were officially admitted there. This was the first of many trails blazed by Grace that women follow today. In 1950 Grace began her studies at New York Medical College. There was one other "girl" in her med school class. All the rest were men. In Medical School she attracted the attention of classmate Howard Jay Westney. Howard was the favorite of many young women eager to be a doctor's wife. But Howard wanted no trophy wife. He was smitten by the bold Grace who was eager to change the world. In each other, Howard and Grace found the love of their lives. Neither could have accomplished their life's work without the other. She knew that he would go through fire for her. He did. And again. And again. Together they shared 59 years of marriage, love and family. To fulfill her life's work, Grace collaborated with men and women throughout her long career. She especially loved partnering with amazing women. One notable example occurred in 1960 when Grace saw that women needed safe pain relief during childbirth. Most women were given no pain relief. Epidural anesthesia was a work-in-progress. Grace sought the most talented people from around the world. She invited Dr. Virginia Apgar (yes, that Apgar) to Schenectady to show doctors that safe, effective pain relief was possible. This was just one early example of women taking care of women. Grace was committed to improving and expanding healthcare for women. For another 40 years Grace was the President of Bellevue Woman's Hospital. Grace led with passion and commitment. When any woman or man had a vision and seemed able to get things done, Grace made sure they had support and resources. During those years Bellevue was the leader in the region — and a leader in the world. Bellevue raised the bar. Bellevue was doing mammography before the Komen foundation began. Furthermore, Grace personally delivered thousands of babies and gave personal, individual care to generations of women. Being of service to others was her measure of success. Over her incredible career, Grace received numerous awards. She readily shared credit with others who had worked with her. She treasured her many colleagues and friends. Together they accomplished what to most people would have been unimaginable and which benefited the people of the Capital Region and beyond. Grace was proud that Bellevue Woman's Hospital continued as a family tradition as her children worked with her to make the hospital expand and thrive.

Grace loved spending time with her family and watching her family grow. She was blessed to see the arrival of another generation when great grandson Miles was born last year and she was happily anticipating another grandbaby due in late Autumn. Grace's family is grateful for the innumerable blessings of her nearly 94 years. Grace is survived by daughter Dr. Clarissa Westney Nadherny, grandson Dr Weston Nadherny (Samantha Negrin Nadherny), great grandson Miles Jay Nadherny, grandson Matthew Nadherny (Anne Kolesnikoff), son John Westney (Dr. Susan Moore Westney), and granddaughter Anna Grace Westney. Grace also leaves her beloved companion of many years Walter Grattidge. Grateful thanks to Anita, Lisa, Rohani and others who gave Grace loving care during her final months.

Relatives, friends, and colleagues are cordially invited to attend calling hours on Friday, August 19 from 3-6 PM at Dufresne & Cavanaugh Funeral Home, 149 Old Loudon Rd., Latham. Please check back in at www.dufresneandcavanaugh.com for future details and for more ways that we will celebrate a life well lived.

To send flowers to the family or plant a tree in memory of Grace Jorgensen Westney, M.D., please visit Tribute Store
Friday
19
August

Share Your Memory of
Grace
Upload Your Memory View All Memories
Be the first to upload a memory!
Share A Memory
Send Flowers
Plant a Tree