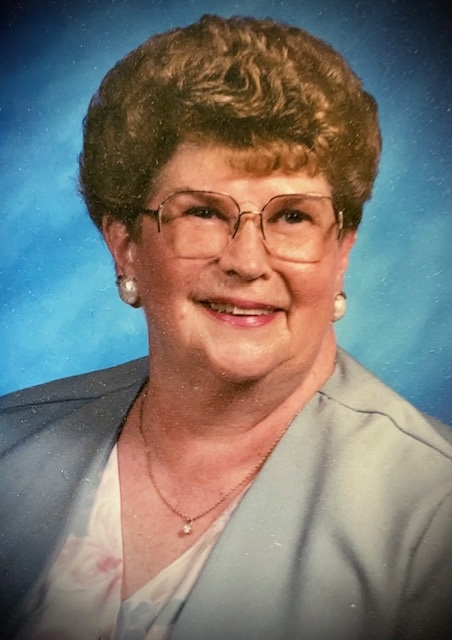 Carol Grace Spohler, 86, longtime and cherished member of the Cairo community, passed away peacefully on Sunday, January 22, 2023 at Ten Broeck Center for Rehabilitation and Nursing where she had been a resident for the last two and a half years. Carol was born in Jersey City, NJ on May 31, 1936 to the late George Paul Alban and Viola Teubler Alban. Although Carol was raised in New Jersey, she was no stranger to the Cairo area.

Carol and her mother spent summers in Round Top (with dad visiting on weekends) and Acra as her uncle, Walter Teubler was married to Emma Riedelbauer. Carol's mom worked at Riedelbauer's resort, and in her teenage years, Carol was a soda jerk at her aunt and uncle's luncheonette in Acra. It was during these summers that she first met the absolute love of her life, Frederick R. Spohler.

Carol and her Freddie were married in October 1955, and lived in Cairo until they moved into their lifelong home in South Cairo in 1959. Carol continued to live there after Freddie's passing in December of 2001, making it her home for over 60 years. Carol was very involved in local life. She was a founding member of Resurrection Lutheran Church in Cairo where she taught Sunday School and served as financial secretary and treasurer. She was a Girl Scout Leader, class mother, and historian for the Cairo Central PTA.

In 1974, Carol and Freddie took over the family business, Spohler's Elm Grove in Greenville and remained there until 1983. Carol served on the Town of Cairo Youth Committee and she and Freddie ran the town's Learn to Ski Program for 20 years. Carol was instrumental in running the Town of Cairo Market Days. She and Freddie also owned and operated H&R Block tax offices in Catskill, Saugerties, Windham, and Greenville until their retirement.

Relatives and friends are cordially invited to attend calling hours on Friday, January 27, 2023 from 3-7PM at Resurrection Lutheran Church, 186 Main St., Cairo. Funeral service to be held on Saturday, January 28, 2023 at 11AM. A second visitation will be held at the church from 10-11 AM prior to the service. Interment will follow at the Round Top Cemetery. In lieu of flowers, memorial contributions in Carol's name may be made to Resurrection Lutheran Church, PO Box 563, 186 Main Street, Cairo, NY 12413.

Arrangements have been entrusted to the care of Dufresne & Cavanaugh Funeral Home of Latham and are under the direction of Vincent J. Perniciaro, Funeral Director. For additional information or to leave a condolence message for Carol's family please visit www.dufresneandcavanaugh.com.

To send flowers to the family or plant a tree in memory of Carol Spohler, please visit Tribute Store
Friday
27
January

Visitation prior to Funeral Service

Share Your Memory of
Carol
Upload Your Memory View All Memories
Be the first to upload a memory!
Share A Memory
Send Flowers
Plant a Tree