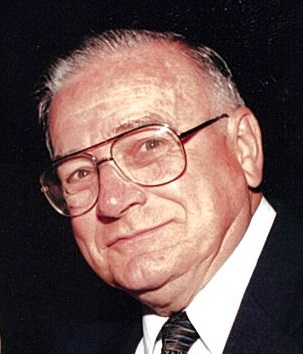 LATHAM - Joseph Paul Caulfield, 92 of Latham, passed away on December 28, 2022 at the Greene Meadows Veterans Nursing Home in Catskill, NY.

Born in Troy on May 27, 1930 he was the son of the late William J. and Ida C. (Landfear) Caulfield. Joe was educated in the Troy school system and graduated Troy High School, class of 1948. After graduation he enlisted in the US Navy and served honorably on active duty from 1948 to 1949. Following active duty he continued his military service in the Naval Reserve from 1949 to 1953. Joe married Joan MacCubbin on September 17, 1955, enjoying 67 cherished and celebrated years together.

Joe spent his career working at the Watervliet Arsenal. He retired in January of 1986, after 37 years of dedicated government service. He enjoyed bowling and golf up to the age of 85 and was especially proud of having two holes in one. He was inducted as a Friend into the Edward C. Pickin, Troy High School Athletic Hall of Fame.

Joe was a devout Catholic and dedicated supporter of the Little Sisters of the Poor. He was a communicant of our Lady of the Assumption Church in Latham.

Relatives and friends are cordially invited to call on Monday, January 2, 2023 at the Dufresne & Cavanaugh Funeral Home, 149 Old Loudon Rd., Latham from 4 to 7 PM. Mass of Christian Burial will be celebrated on Tuesday, January 3, 2023, 10 AM at our Lady of the Assumption Church, 498 Watervliet Shaker Rd., Latham, Rev. Geoffrey Burke, celebrant. Interment with military honors will immediately follow the mass at the Saratoga National Cemetery.

In lieu of flowers, memorial donations are encouraged and may be made to the charity of one's choice.

Condolence messages may be left for Joseph's family at www.dufresneandcavanaugh.com.

To send flowers to the family or plant a tree in memory of Joseph Caulfield, please visit Tribute Store
Monday
2
January