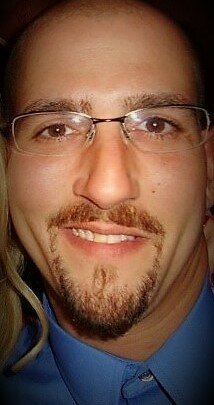 ALBANY – It is with heavy and broken hearts that the family of Daniel W. Morrissey, 47 of Albany, regrets to inform family and friends of his untimely passing on December 12, 2022 at 12:20 AM.

Born on October 24, 1975 he was the son of Daniel and the late Frances (Brannigan) Morrissey.

Daniel fought a long hard battle, after all he was a fighter at heart, however in the end he went peacefully with abundant blessings. The gates of Heaven were opened for Daniel where he can now be free of pain and joyfully reunite with those family and friends who have gone before him.

Daniel was talented in many ways. He enjoyed drawing, cooking, tattoos, baseball, bowling, and pool. He would amazingly accomplish anything he set his mind to. He was intelligent and always there to lend a helping hand to those in need regardless of circumstances. He was a loving and fun soul. He will be missed and remembered by those who loved him. They will cherish memories such as Daniel knocking on his sister Christine's window in the middle of the night to play endless games of Yahtzee and fishing, hiking, or hunting with his niece Amanda. Daniel had an undeniable sense of humor, always cracking jokes and being "Goofy" (his favorite Disney cartoon character) and that is how his family will always remember him.

In addition to his mother, Daniel is predeceased by his wife Tricia Morrissey as well as his sister Jacqueline Morrissey.

Daniel will never be forgotten or leave our hearts. He was so special to so many in so many ways.

Arrangements have been entrusted by Daniel's family to the care of Dufresne & Cavanaugh Funeral Home. At the request of his family, services are private at this time. Those wishing to remmeber Daniel may leave a condolence message at www.dufresneandcavanaugh.com.

To plant a beautiful memorial tree in memory of Daniel Morrissey, please visit our Tree Store

A Memorial Tree was planted for Daniel
We are deeply sorry for your loss ~ the staff at Dufresne & Cavanaugh Funeral Home
Join in honoring their life - plant a memorial tree
Services for Daniel Morrissey
There are no events scheduled. You can still show your support by planting a tree in memory of Daniel Morrissey.
Plant a tree in memory of Daniel

Share Your Memory of
Daniel
Upload Your Memory View All Memories
Be the first to upload a memory!
Share A Memory
Plant a Tree