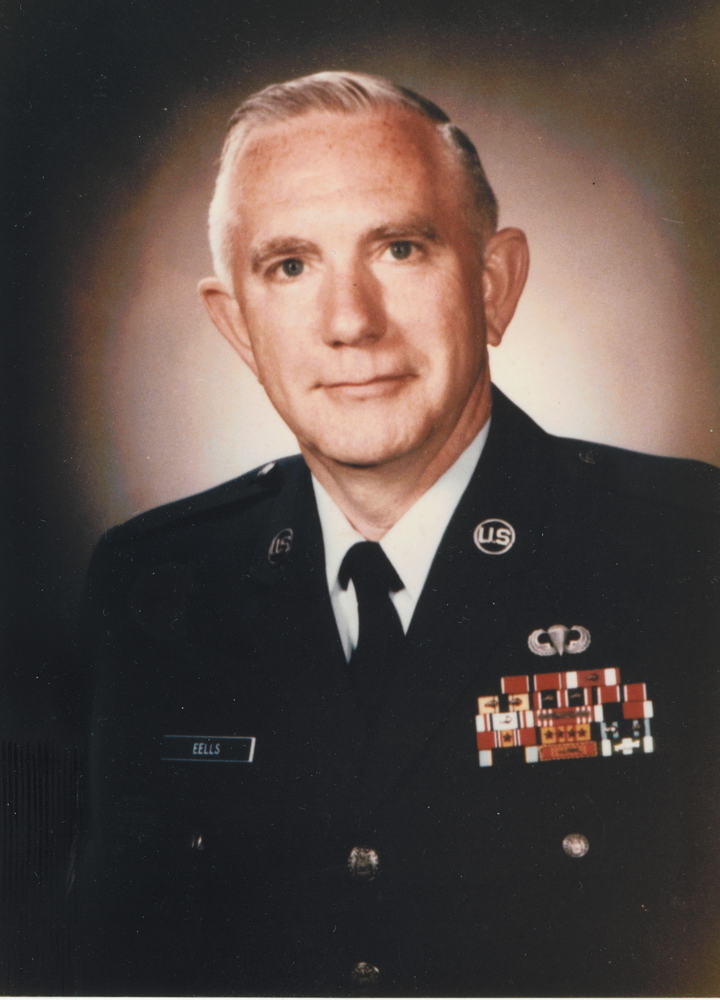 Born in Norwich, CT. on May 10, 1935, he was the son of the late Harry D. and Carol Winona (Earley) Eells. Mr. Eells married Marilyn Wickes King on March 12, 1988. Charles, along with his wife Marilyn, were parishioners of St. Edward the Confessor Church in Clifton Park.

Charles joined the Air Force in 1953 serving during the Vietnam War. He was awarded the Bronze Star with one Oak Leaf Cluster, the Air Force Commendation Medal with two Oak Leaf Clusters and the Vietnam Service Medal with four Bronze Service Stars for his service. He made a career out of military service and rose through the ranks attaining the rank of Chief Master Sergeant. Chuck was a special agent in the United States Air Force Office of Special Investigations for many years. His career spanned 31 years mostly serving his time at Langley Air Force Base in Langley, Virginia. He retired from military service in 1984. Chuck was named the Lead Federal Representative for Security at the 1980 Winter Olympics at Lake Placid.

Chuck was a proud member of the Rensselaer County Draft Animal Association, and had a deep love for farming.

A Mass of Christian Burial will be celebrated at St. Edward the Confessor Church, Clifton Park, on Tuesday, December 13th, 2022, 11:00 AM with Rev. Patrick Butler, celebrant. Relatives and friends are cordially invited to visit with Charles' family at the Church prior to the service from 9:00 to 11:00 AM.

Procession with Patriot Guard Escort to Memory Gardens Cemetery will immediately follow the mass where interment with full military honors rendered by the United States Air Force will take place.

Arrangements are under the direction of the Dufresne & Cavanaugh Funeral Home in Latham.

To send flowers to the family or plant a tree in memory of Charles Eells (CMSAF Ret.), please visit Tribute Store
Tuesday
13
December

Visitation prior to Mass

Share Your Memory of
Charles
Upload Your Memory View All Memories
Be the first to upload a memory!
Share A Memory
Send Flowers
Plant a Tree