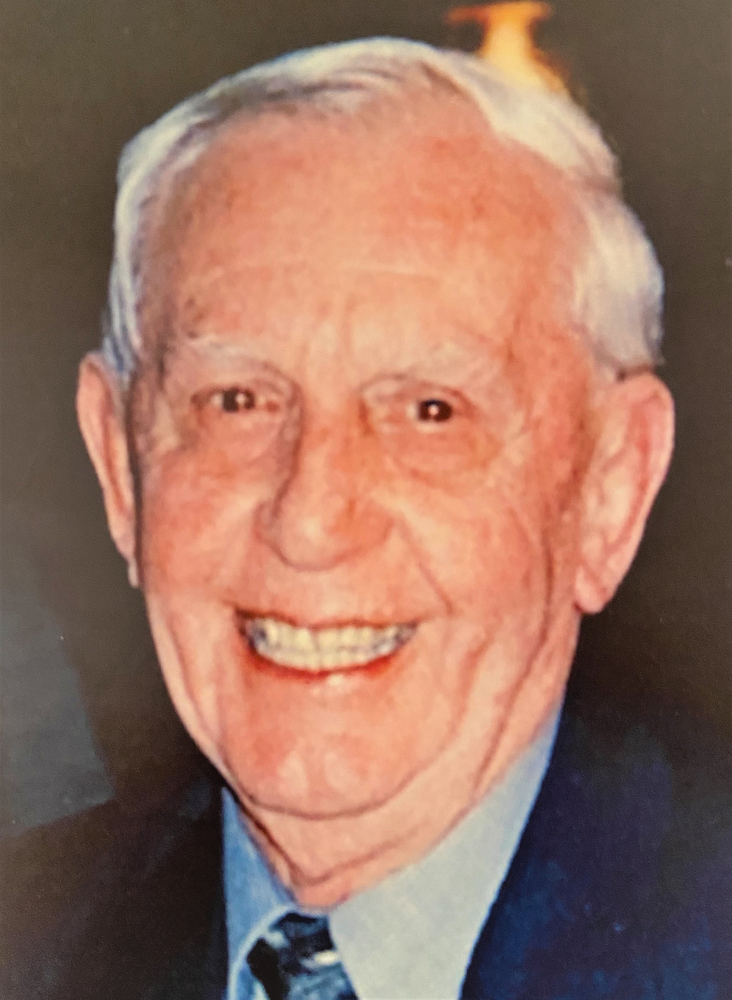 Please share a memory of Joseph to include in a keepsake book for family and friends.
View Tribute Book

Latham – Joseph C. Fitzsimmons, 100 years old and three weeks from his 101st birthday, of Latham, died on August 8, 2022, at Kingsway Arms Nursing Center surrounded by his loving family. A 1940 graduate of Vincentian Institute, he worked at the Watervliet Arsenal until he volunteered for the Army in 1942. He became a Technical Sergeant, Flight Engineer and Crew Chief on C-47s during World War II carrying paratroops and towing glider infantry in Europe with the 437th Airborne Troop Carrier Command. He was awarded the Air Medal with 4 Oak leaf clusters for participation in airborne invasions in Normandy on D-Day, southern France, Holland, the Rhine River crossing and for re-supply by dropping para-packs to the surrounded 101st Airborne Division during the Battle of the Bulge. He was discharged in September 1945. The GI bill enabled Joe to graduate from Siena College in 1948. A degree in business led to employment at Albany Savings Bank, retiring after 36 years in 1984 as Vice President and Corporate Secretary.

The family would like to thank Kingsway Assisted Living and Kingsway Arms Nursing Center for their compassionate care of our husband and father over the last 13 months.

Friends and relatives may visit with the family and offer condolences at 9 AM on Saturday August 13, 2022, at Our Lady of the Assumption Catholic Church, 498 Watervliet Shaker Road, Latham, with funeral mass to follow at 10 AM. Interment with military honors at St. Agnes Cemetery in Menands.

Arrangements have been entrusted to the care of Dufresne & Cavanaugh Funeral Home and condolences may be made at www.dufresneandcavanaugh.com.

To send flowers to the family or plant a tree in memory of Joseph Fitzsimmons, please visit Tribute Store
Saturday
13
August

Share Your Memory of
Joseph
Upload Your Memory View All Memories
Be the first to upload a memory!
Share A Memory
Send Flowers
Plant a Tree