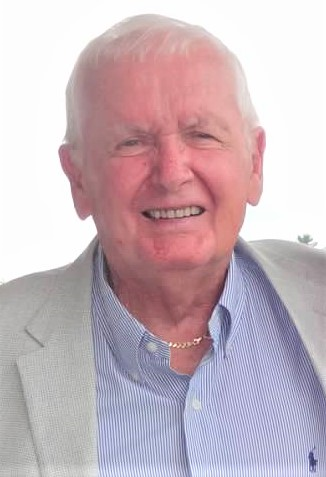 Please share a memory of Michael to include in a keepsake book for family and friends.
View Tribute Book
MICHAEL THOMAS MCDONOUGH MANHATTAN - Michael "Mike" Thomas McDonough, 82, beloved husband of Kathleen M. Flaherty, passed away on Thursday, July 14, 2022, in Latham. Born in Brooklyn, NY, he was the son of the late Laurence and Mary (McHugh) McDonough. Michael married Kathleen Flaherty on May 27, 1993. Mike was raised in Cambria Heights, Queens and had many fond memories and lasting friendships from his hometown. He graduated from Andrew Jackson High School. He then went on to attend Adelphi University where he earned a Bachelors Degree in History and then on to Baruch College where he attained his Masters in Finance and Accounting. During his time in school Mike worked driving cab and limousine in NYC as well as teaching accounting. He served honorably in the United States Marine Corps from 1957 to 1961. Mike was also a NYC Firefighter and later ran his own accounting business. He enjoyed tennis, horseracing, cars, traveling, and games of chess and backgammon. Above all of things Mike enjoyed, his family was most important to him and brought him the greatest joy. He loved to remind them how much they meant to him by spoiling them and spending time with them, often attending his grandchildren's sporting events and activities. He was truly their biggest fan. Mike had a close relationship with his nieces and nephews as well and they held a special place in his heart. In addition to his parents Mike is predeceased by his brothers Joseph (Jackie), Laurence (Janet), and Robert as well as his grandson Patrick and nephew Stephen. Survivors include his dear wife Kathleen, his step-children Michael, Joseph, and Antoinette (John), grandchildren Taylor (Garrett), Payton, Amanda, Jack, and Brennen, as well as his nephews John (Kim), Thomas, Kevin (Heather), Christopher, Charles (Natalia), Larry (Lori), Patrick, Joseph (Amy), Bryan, Lawrence, and Gerald. He is also survived by several great nieces and nephews. Relatives and friends are invited to call on Sunday, July 17th, 2022 from 2:00 to 5:00 pm at Dufresne & Cavanaugh Funeral Home, 149 Old Loudon Rd., Latham. A service will take place beginning at 4:00 pm. Interment with military honors will take place at a later date at Calverton National Cemetery, Long Island. In lieu of flowers memorial donations may be made to a children's or veteran's charity of your choice.
To send flowers to the family or plant a tree in memory of Michael McDonough, please visit Tribute Store
Sunday
17
July