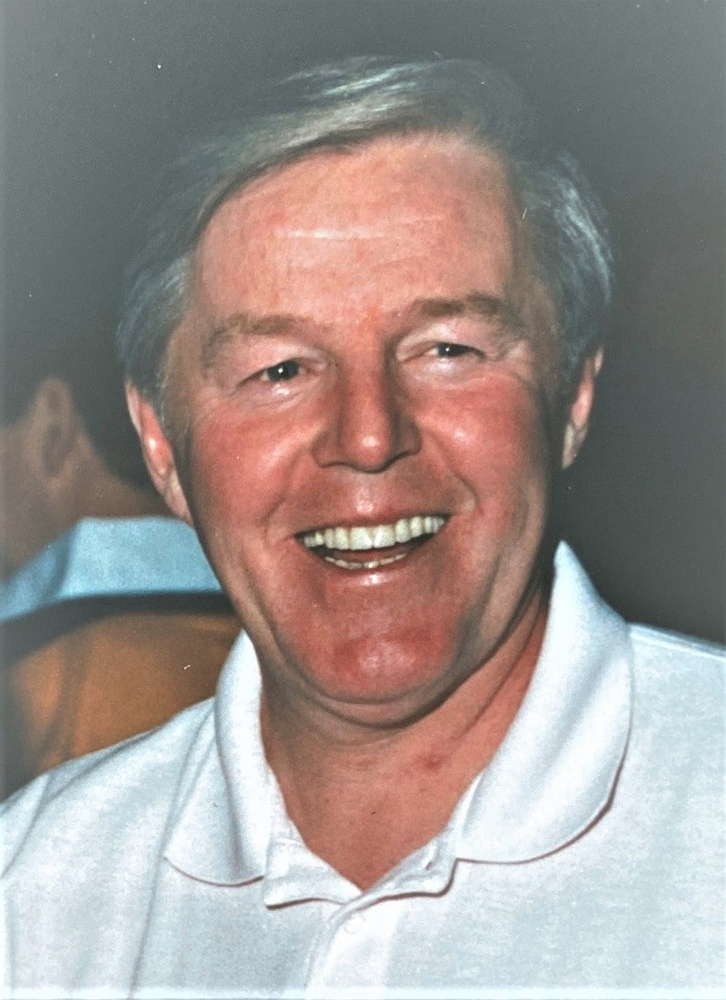 Obituary of James A. Casserly Jr.

Please share a memory of James to include in a keepsake book for family and friends.
View Tribute Book

Born in Jersey City, New Jersey on February 12, 1935, he was the son of the late James A. and Honora Gordon Casserly Sr. He was raised in Albany and was a graduate of Vincentian Institute. He received his bachelor's degree from Siena College in Loudonville. Upon receiving a scholarship from his then employer, Empire Markets, he then went on to obtain his master's degree from Michigan State. He married his beloved Frances K. Meehan on August 31, 1957 and the two shared a beautiful marriage of 57 years prior to her passing on November 17, 2014. Jim started his career with BeechNut/Life Savers and was soon promoted to their NYC headquarters. Consequently, he and Fran moved to Long Island commuting every day to NYC and working his way up to become a national accounts executive. After 32 years with the same company (that changed names 5 times) he retired from what was then Nabisco Brands in 1991. While raising 3 kids and commuting every day on the LIRR, Jim still found time to coach little league, play an active role in St Kilian's Church as an eucharistic minister and Pre-Cana facilitator with Fran, attend many school functions and referee high school and midget football. He also formed several lifelong friendships with neighbors Tom and Marilyn Baldwin and Bill and Janet Gray.

Shortly after retiring, Jim and Fran returned to their Albany roots to be closer to family and childhood friends that remained in touch over their 30 year absence from the area.

In 1993, Jim's retirement routine abruptly changed with Fran suffering a debilitating stroke that left her partially paralyzed and mostly confined to a wheelchair. Never one to complain, always upbeat, and hopelessly devoted to his wife, Jim took on the role of caregiver and learned to cook and clean. With great enthusiasm he and Fran returned to their retirement routine of traveling, getting together regularly with their longtime friends ( Joyces, Duncans, Hoffmans and Gorzynskis) and attending hundreds of their ten grandchildrens' sporting events.

Jim loved all types of sports, especially baseball, football, horse racing and Siena basketball. He was also a master at trivia on all topics as he rarely forgot anything or any name including those of his grandchildrens' teammates and friends.

Jim was a longtime communicant of Our Lady of the Assumption Church where he served as eucharistic minister.

In addition to his wife, he was predeceased by his brother Edward (the late Jeanne) Casserly.

The family would like to express their thanks to the staff at Teresian House for their care and constant attention to Jim and making sure his TV was always on ESPN.

A Mass of Christian Burial will be held on Saturday June 25, 2022 at 9:00 am in Our Lady of the Assumption Church, 498 Watervliet-Shaker Road, Latham with Rev. Geoffrey Burke and Rev. Eugene Casserly officiating.

Interment will be in St. Patrick's Cemetery Colonie.

Donations in memory of Jim can be made to Our Lady of the Assumption Church Memorial Fund 498 Watervliet-Shaker Rd. Latham, NY 12110.

To send flowers to the family or plant a tree in memory of James Casserly Jr., please visit Tribute Store
Friday
24
June

Share Your Memory of
James
Upload Your Memory View All Memories
Be the first to upload a memory!
Share A Memory
Send Flowers
Plant a Tree