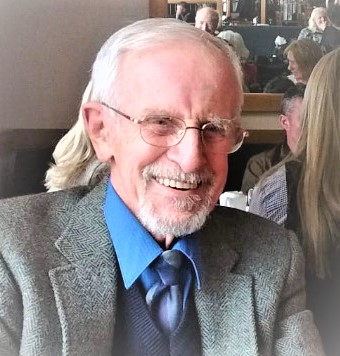 Please share a memory of Robert to include in a keepsake book for family and friends.
View Tribute Book
ROBERT FRANCIS MARSH JR. LATHAM - Robert Francis Marsh Jr., 91, died in the early hours of Monday June 20th, 2022 at Our Lady of Mercy nursing facility of natural causes. Robert was born on April 27th, 1931 in the Bronx to his parents Helen Slowikowsky and Robert F. Marsh Sr. He was the eldest of 14 children who grew up in Staten Island. Robert graduated from St Peter's Catholic High School and was a life-long, devout Catholic. After high school, he entered the US Marine Corps from 1950 to 1953 where he toured Europe and Panama. He studied at SUNY Oswego College, graduating with a Bachelor of Science in Technology on the GI Bill. He went on to teach industrial arts in Albany schools and later he worked as a technical representative for McKnight Publishing and Delmar Publishing, selling industrial arts books. He would later return to education as a guidance counselor for Roxbury High School. He ended his working life as an employee of the New York Transportation Department. Robert was always ready to broaden his knowledge by taking extra courses and he loved learning. He married Mary Sybella Richardson in 1954 and the two of them had seven children: Robert Thomas, Mary Pat, Christopher John, Michael Anthony, Daniel Gerard, Jonathan Paul, and Thomas Seweryn. They were married for 67 years. Mary, 89, passed last year due to respiratory and cardiac complications. The two started their married life in Oswego, moving to Rensselaer until they made their home in Latham where they remained and raised their family. In later years they would spend their winters in Oldsmar, Florida. Robert and Mary shared many interests together including travel, nature, photography, art, and education. They traveled to Australia on the Queen Mary, Ireland to visit their daughter, Egypt, Israel and Kenya, the UK and Europe. They ventured cross-country twice with their children in a station wagon. They visited all 50 states, Canada, and Mexico. On their 60th anniversary they took a cruise to Alaska. Robert was a member of various organizations throughout the years including the Elks Club Lodge #1592, American Legion Post 1450, a Fossil Club in Florida, and others. He was a parishioner of Our Lady of Assumption Church in Latham. He is survived by six of his seven children, thirteen grandchildren, and nine great grandchildren. In addition to his late parents and beloved wife, Robert is predeceased by his son Robert T. Marsh. Relatives and Friends are invited and may call on Thursday, June 23rd, 2022 from 3-6 pm at Dufresne & Cavanaugh Funeral Home, 149 Old Loudon Rd., Latham. Robert's Mass of Christian Burial will be celebrated on Friday, June 24th, 2022, at 10am by Rev. Geoffrey Burke in Our Lady of the Assumption Church, 498 Watervliet-Shaker Rd. Interment will immediately follow the mass in Immaculate Conception Cemetery, Delatour Rd, Watervliet. For directions, information or to light a memory candle for the family please visit www.dufresneandcavanaugh.com. Semper Fi
To send flowers to the family or plant a tree in memory of Robert Marsh Jr., please visit Tribute Store
Thursday
23
June

Share Your Memory of
Robert
Upload Your Memory View All Memories
Be the first to upload a memory!
Share A Memory
Send Flowers
Plant a Tree