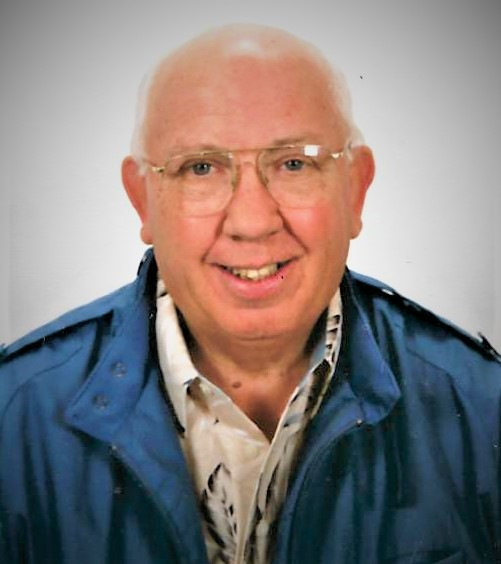 Please share a memory of Donald to include in a keepsake book for family and friends.
View Tribute Book
DONALD J. HUNGERSHAFER VOORHEESVILLE - Mr. Donald John "Hunk" Hungershafer, 90, formerly of Voorheesville, passed peacefully into his eternal life on Wednesday, May 11th, 2022 at Schuyler Ridge Residential Health Care in Clifton Park. Donald was born in Schenectady on March 16, 1932 to the late Dorothy (Ague) and Lamont Hungershafer Sr. He is predeceased by his dear wife of 47 years Lois Joanne Hungershafer who passed away on April 27, 2000. He attended Nott Terrace High School in Schenectady and graduated in 1950. Don served in the Army National Guard until 1953. Soon after his graduation from high school he entered into a lifelong career in the wine and liquor business where he worked for 62 years until retiring at the age of 81. He loved his work and valued the many customers that became friends over the years. His life was full of moments he enjoyed that included playing golf, being on his boat at Sacandaga Lake and Lake George, playing the drums, winters in Florida with his friends, backyard gatherings with family, friends and neighbors as well as driving his Caddy. He was a devoted husband and his family and friends were of utmost importance to him. Donald is survived by his son John Hungershafer and his wife Cheryl of Voorheesville, his daughter Sue Roerig and her husband John of Ballston Lake, his 2 grandchildren Emily Roerig and Gina Hungershafer, and 3 great grandchildren Christina Rose Derusso, and Joseph Michael Keefe IV, and Viviana Keefe. Don is also survived by his brother Lamont Hungershafer Jr. of Guilderland. There will be no public services held at this time as per the wishes of Don and his family. A private prayer service and Rite of Christian Burial will take place at Memory Gardens Cemetery, Colonie. All are welcomed to a celebration of Don's life which will take place at a later date and time to be announced where friends, relatives, and extended family can safely gather. The family wishes to thank Donald's companion Eileen Porter and her family for their love and support during Donald's good years and declining health. Despite many health challenges he had strong perseverance and tremendous courage. The family would also recognize Our Lady of Mercy in Guilderland and Schuyler Ridge Healthcare for the loving care provided during his stay at their respective residences. In lieu of flowers memorial contributions may be made in Don's name to the Mohawk Hudson Humane Society, 3 Oakland Avenue, Menands, NY 12204 or Community Hospice of Saratoga at The Community Hospice Foundation, 310 South Manning Boulevard, Albany, NY 12208. For information or to light a memory candle for the family please visit www.dufresneandcavanaugh.com.
To send flowers to the family or plant a tree in memory of Donald Hungershafer, please visit Tribute Store

Look inside to read what others have shared
Family and friends are coming together online to create a special keepsake. Every memory left on the online obituary will be automatically included in this book.
View Tribute Book
Services for Donald Hungershafer
There are no events scheduled. You can still show your support by sending flowers directly to the family, or planting a memorial tree in memory of Donald Hungershafer.
Visit the Tribute Store

Share Your Memory of
Donald
Upload Your Memory View All Memories
Be the first to upload a memory!
Share A Memory
Send Flowers
Plant a Tree