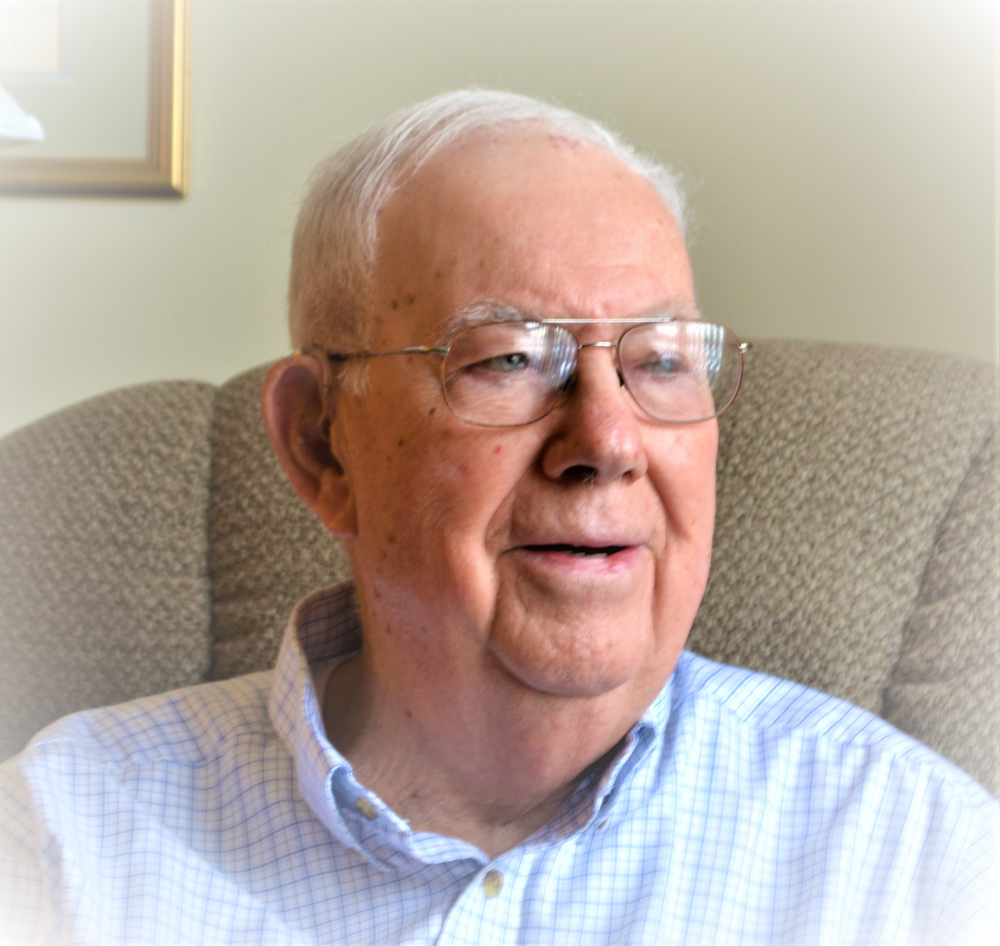 Please share a memory of Howard to include in a keepsake book for family and friends.
View Tribute Book
HOWARD W. HONTZ LOUDONVILLE - Howard W. Hontz of Loudonville Assisted Living Residence, beloved husband of the late Jean (Ward) Hontz, passed away peacefully on May 5th, 2022 at his residence at Loudonville Assisted Living. Born April 21, 1923 in Oneonta, N.Y. Howard was the son of the late George and Bessie (Fay) Hontz. He married the former Jean Ward on October 3, 1943. Cherishing 69 years together before Jeans passing on November 1, 2012. Mr. Hontz proudly served as a sergeant in the United States Army Air Force during WWII in North Africa, Italy and Corsica, earning the American Theater and EAME Ribbons, the Victory Medal, AR 600-68 and the Good Conduct medal. Howard spent his entire 41-year career working for The Delaware and Hudson Railroad starting as a yard clerk and advancing through various operating positions as Trainmaster and Superintendent to Vice President-Operations and retiring in 1983 as Assistant to the President with general corporate activity. He was a lifelong member of the Methodist Church and in the later years at the Calvary United Methodist Church in Latham, NY. He served in various positions at church including Trustee and other committees. He was a columnist for the Bridge Line Historical Society. He enjoyed fishing, hunting, camping, canoe trips, hiking, photography and golf. In addition to his beloved wife and brother Doctor Glenn N, Hontz, he is survived by his loving sons Brian Lee Hontz of Alachua, Fla. And USAF-Retired Col. Robert G. Hontz of Georgetown, TX, 4 cherished grandchildren, 6 great grandchildren and 4 great- great grandchildren. In keeping with Howard's wishes there will be no visitation. Memorial Service will be celebrated on Wednesday, May 11th, 2022, 11:00 am at Calvary United Methodist Church, 15 Ridge Place, Latham. Military Honors to be rendered immediately following the memorial service. In lieu of flowers, memorial contributions can be made in Howard's memory to Calvary United Methodist Church at the address above. Arrangements have been entrusted to the care of Dufresne & Cavanaugh Funeral Home. For directions, information, to light a memory candle or order flowers for the family please visit www.dufresneandcavanaugh.com.
To send flowers to the family or plant a tree in memory of Howard Hontz, please visit Tribute Store
Wednesday
11
May

Share Your Memory of
Howard
Upload Your Memory View All Memories
Be the first to upload a memory!
Share A Memory
Send Flowers
Plant a Tree