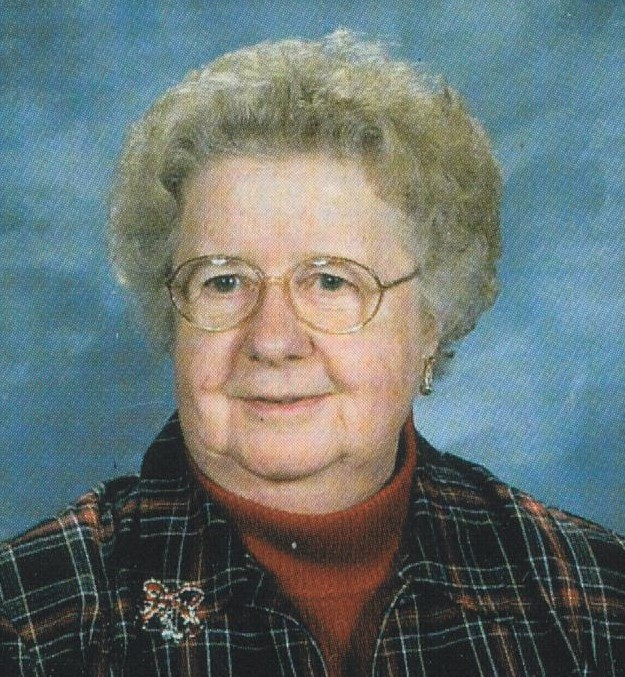 Please share a memory of Sr. Frances to include in a keepsake book for family and friends.
View Tribute Book
SR. FRANCES CELINE MCFARLAND, CSJ MacFarland, Sister Frances Celine CSJ, LATHAM - Sister Frances Celine MacFarland, CSJ, died on March 3, 2022 at the age of 86. Sister Frances, (christened Barbara Ruth MacFarland) was born on December 31,1935 in Albany, New York, the only daughter of Evelyn and Francis MacFarland. She attended St. James Institute and graduated from The Academy of the Holy Names in 1953. Sister Frances entered the Sisters of Saint Joseph on September 15,1953, pronounced her first vows on March 19,1956 and final vows on August 15,1961. In 1969, Sister Frances earned a Bachelor's degree in Chemistry from The College of Saint Rose and a Master's degree from Syracuse University in 1972. For 68 rich and vibrant years, Sister Frances Celine served others as a Sister of St. Joseph. In March of 1956, Sister Frances began her teaching career at St. John the Evangelist, New Hartford, NY where she taught second grade. Five years later, Sister embarked on her high school career, teaching Science in various schools in the Syracuse and Albany Dioceses for the next 19 years. In 1980, Sister Frances was appointed Personnel Director for the Albany Province, a ministry she served in for three years. In 1983, Sister Frances returned to her first love, teaching, and continued in the classroom for the next 16 years. Sister Frances was a beloved teacher: warm, compassionate, loving and encouraging. She treated each student with the utmost respect, fostering incipient talents and gifts. She brought out the best in all her pupils because her expectations were high and her goals attainable. With her keen insight, she would perceive the untapped resources of each student and call forth what was praiseworthy and realizable. She had immense enthusiasm for learning, for joy, for fun and her classroom was a buzz of activity filled with engaged and receptive students. This zest for life extended outside the classroom and was tangible in her extracurricular activities. She was Class Moderator for years at Catholic Central High School, supervising dances, field trips, Junior and Senior Shows and the Service Club. She heightened awareness in the student body of the needs of the community and the world and opened to them the joy inherent in giving of themselves to others. As a token of their gratitude, the Senior Class dedicated their yearbook to Sister Frances. Always a lady in manner and decorum, Sister Frances exuded the importance of refinement of character. Her speech was gentle, her smile was inviting and she personified the charisma of hospitality to the "Dear Neighbor," the mantra of her CSJ community. Sister loved to travel; Branson, Missouri with its wonderful shows was her special destination. She was a self-proclaimed "shopaholic" loving nothing more than a jaunt to the mall followed by an ice cream treat. She enjoyed movies and musicals, food and entertaining and the color purple. The theme of one of the Junior Shows she moderated was "Celebrate Your Life" and she did just that. Through her desire to aid others in their search for dignity as God's children, Sister Frances became a volunteer for Joseph's House and in 1991 was elected President of the Board of Directors for that establishment, a position she held for years. She could always be found at the Joseph House "Winter Walk for the Homeless" usually with a group of student volunteers in tow. She also served as a member of the Board of Trustees for the College of Saint Rose for six years, sharing her wisdom and experience with her Alma Mater. In 1998, Sister Frances accepted the position of Secretary/Receptionist for a local physical therapist and brought to that ministry her same enduring qualities of personalism, professionalism and organization that was the hallmark of her life. However, her love for youth and her concern for their welfare beckoned once again and in 2004, Sister Frances became a Child Care Director for Sunnyside Child Development Center in Troy, NY sponsored by Catholic Charities. When her tenure there ended, Sister Frances volunteered for Sisters' Care, a program geared to enhancing the welfare of the elderly. For 14 years, Sister Frances extended herself to older citizens in need, bringing them to appointments, providing them meals and sharing her much loved presence. Throughout her life, Sister Frances bestowed the wealth of her gifts and talents on others: youth, elders, the dispossessed and disenfranchised. Her presence radiated her belief in the care of her God for all persons without exception. May she be experiencing that care herself in the eternity of God's presence. In addition to her parents, Sister Frances was predeceased by her brother William. She is survived by two cousins: John MacFarland and Garth Francis MacFarland and his wife Nancy. She is also mourned by her dearest friend, Sister Claudette Harris, by Eric and Michele Ruggiero and family, relatives of Sister Claudette who named Sister Frances as their "adopted Aunt," by the community of Shaker Pointe and her CSJ Sisters. Vespers will be held on Tuesday, March 15 at 7:00 pm followed by a funeral Mass on Wednesday, March 16 at 10:30 am at St. Joseph's Provincial House. It is open to the Sisters of St. Joseph and the immediate family. Contributions to Sister's memory may be made to: The Office of Mission Advancement, St. Joseph's Provincial House, 385 Watervliet-Shaker Road, Latham, NY 12110.
To send flowers to the family or plant a tree in memory of Sr. Frances McFarland, CSJ, please visit Tribute Store
Tuesday
15
March

Share Your Memory of
Sr. Frances
Upload Your Memory View All Memories
Be the first to upload a memory!
Share A Memory
Send Flowers
Plant a Tree