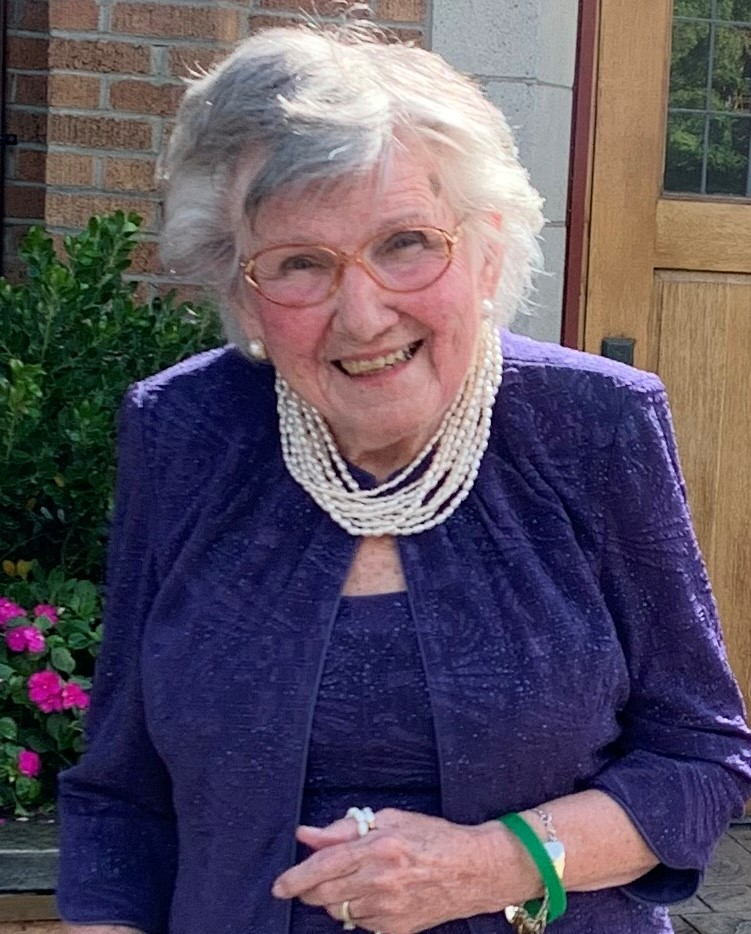 Please share a memory of Elizabeth to include in a keepsake book for family and friends.
View Tribute Book

Betty was born on February 27,1925 in Hollis Queens, Long Island and was the daughter of the late James Francis and Eleanor (Thomas) Burke. Betty was a dedicated and loving wife, mother and friend to her husband, eight children and many others. Her favorite activities involved anything that allowed her to be together with her family, enjoying each other's company. She worked as a seamstress for the Boston Store in Latham for many years, and continued to sew in her own business, making and selling beautiful bathrobes.

In addition to her parents, siblings and husband, Betty was predeceased by her grandson, Kyle Patrick Madden.

A private Mass of Christian Burial will be held for the family at St. Plus X Church, Loudonville with Rev. James Walsh and Rev. Kenneth Doyle officiating.

There will be no public calling hours or services.

Interment will be next to her husband John Henry (Harry) in Saratoga National Cemetery, Schuylerville.

The family would like to thank the staff at St. Peter's Nursing and Rehabilitation Center and Community Hospice Care for their kindness and spiritual support given to their mother during her time with them.

In lieu of flowers, donations may be made in Betty's memory to St. Peter's Nursing and Rehabilitation Center 301 Hackett Blvd., Albany, NY 12208 or Community Hospice 445 New Karner Rd. Albany, NY 12205.

To send flowers to the family or plant a tree in memory of Elizabeth Watkinson, please visit Tribute Store

Share Your Memory of
Elizabeth
Upload Your Memory View All Memories
Be the first to upload a memory!
Share A Memory
Send Flowers
Plant a Tree