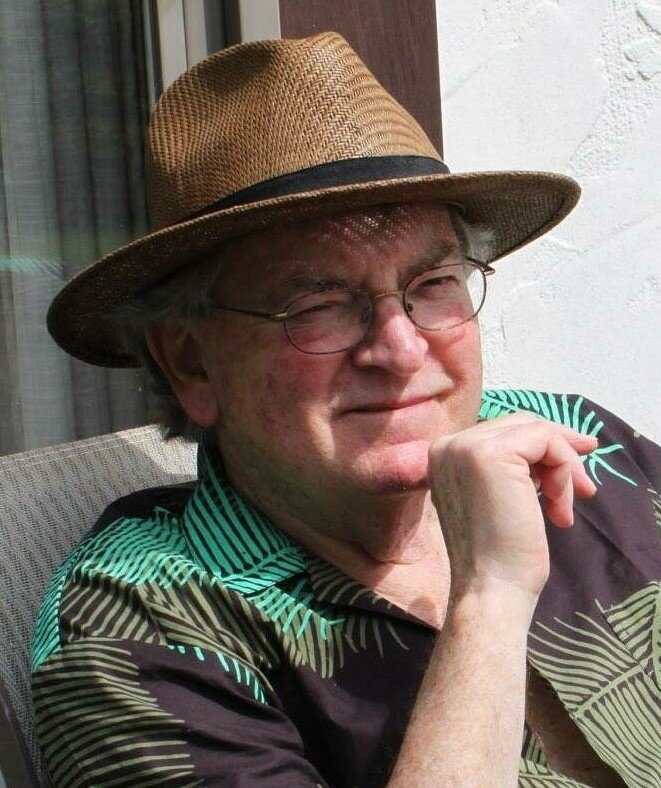 Please share a memory of Michael to include in a keepsake book for family and friends.
View Tribute Book

Born in Cheltenham, England on October 14, 1947 he was the oldest son of Roy Attwell and the late Ellen Bennett Attwell. He, his sister Penelope and brother John and parents moved to the United States in June of 1960 when Michael was 12 years old. They resided in Herkimer and Mohawk, NY.

After graduating high school, Michael attended the State University of NY at Albany where he majored in languages and earned a Ph.D in French Philosophy and Literature. He was a star cross-country runner setting record times in many races. Michael had many talents and interests in life. His goal of becoming a French professor was short-lived during a time when language studies were among the first to be eliminated from the university's programs due to budgetary cuts. He knew he had to wear a different hat in order to begin his career. He began working in County Government for several years before joining the NYS Division of the Budget in 1978 as a Budget Examiner. Michael was very intelligent and had a very strong work ethic. There he would rise to the level of Unit Chief and retire after 30 years of service in 2008

Michael survived esophageal cancer which he developed in 2008, and was an inspiration to many people he would later meet who became victims of the same cancer. Michael was a friend of Bill's and mentored anyone who needed his help. He had also survived many other health issues.

After recovering from his cancer, Michael was restless and decided to return to work. He became a management and budget consultant for YAI/Institute for People with Disabilities Network based in New York City. There he would spend many years working to help this organization provide services to the developmentally disabled community.

Michael and his wife Susan were avid travelers visiting many countries throughout the world along with their good friends. He loved photography and captured hundreds of photos from all his travels. Michael was an amazing chef and loved good food. He and his wife are life-long members of the First Presbyterian Church of Albany where Michael's beautiful tenor voice was always heard above the rest. He loved his family most of all and spent many years at his summer camp nestled in the woods of the southern Adirondacks sitting by the camp fire and playing his guitar. In his young teen years Michael was a boy scout where he nurtured that work ethic earning the title of Eagle Scout. He was a kind, gentle soul who loved his family and his dogs, Nikita, Sam, and Bella most of all. He didn't have enough time in the day to enjoy his many and varied interests including Book club, Bible Study, reading his papers, doing puzzles, and the poetry of Dylan Thomas of which one of his favorite pieces was "Do Not Go Gentle Into That Good Night! Old Age Should burn and Rave at close of day. Rage, rage against the dying of the light".

Michael is survived by his wife of 19 years Susan, his beloved step-children Jessica Hill (Paul), Jillian Donnelly, his grand-daughter Skyler, his father Roy Attwell, his sister Penny Attwell, his brother John (Paula) Attwell. He is predeceased by his mother Ellen Bennett Attwell. He will be dearly missed by his many beloved aunts, uncles and cousins in England. As well as his very dear and close friends of whom there are too many to list. You know who you are!

Michael was involved with many charities. He was a Board member of Wizards Wardrobe, a program which offers free one-on-one tutoring to elementary school children in Albany's South End.

Relatives and friends are invited to attend calling hours at Dufresne and Cavanaugh Funeral Home, 149 Old Loudon Rd., Latham, on Thursday February 17, from 4:00 to 7:00 pm.

Funeral Service will take place at First Presbyterian Church, 362 State St., Albany on Friday, February 18 at 2:00 pm. Service will be livestreamed and may be found at https://www.facebook.com/dufresneandcavanaugh/ .

To send flowers to the family or plant a tree in memory of Michael Attwell, please visit Tribute Store
Thursday
17
February