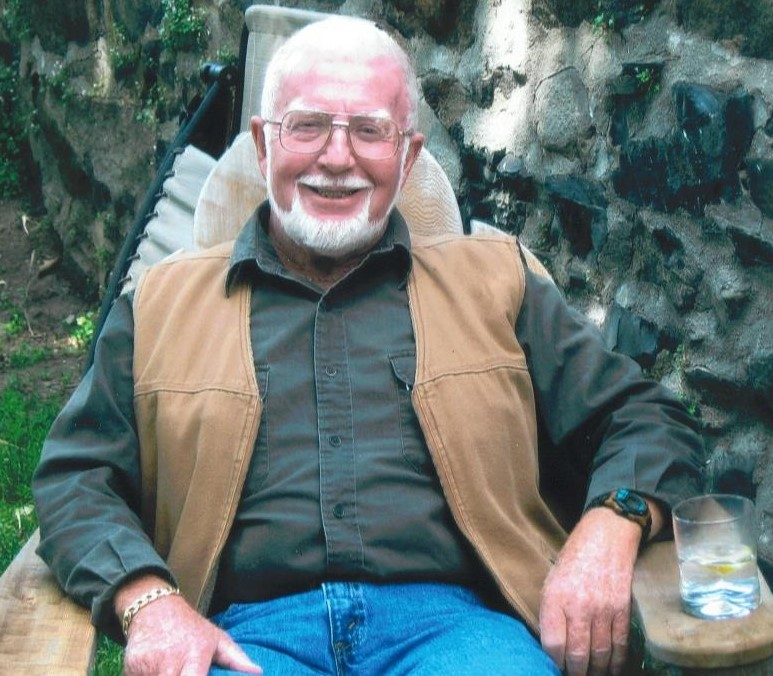 Please share a memory of Daniel to include in a keepsake book for family and friends.
View Tribute Book
Daniel Joseph Duffy Duffy, Daniel Joseph – ALBANY, December 13, 2021 Daniel Joseph Duffy, 89, passed peacefully at home with his family. Preceded in death by his loving wife of 40-years, Ileen A. (Cohen) Duffy (2019) and wife Mary T. (Lesch) Duffy (1991) and his parents Joseph Duffy and Edna (Pesnel) Duffy. Dan is survived by his daughters Tina Duffy Piper, Ellen Duffy; grandchildren Andrew W. Piper (Shelby); sister Rita E. (late John) Ablett and dear friend Matt (Lori) Schrom. Born in Brooklyn, New York, Dan graduated in 1950 from Albany High School, attending The Pratt Institute and RPI before receiving his degree in Architecture in 1969. A registered member of AIA, American Institute of Architects, licensed to practice in New York State and Massachusetts, Dan was later elevated to Emeritus status by the Institute. Dan was a lifelong New York State employee. For many years, as the Director of Long-Range Planning for the Departments of Mental Hygiene and Mental Retardation he established the budgets and held renovation oversight for the then 66 Institutions in New York State. He later established a goal of closing these facilities within a ten-year period in favor of mainstreaming and establishing more favorable community settings. Dan additionally served as the Director of Architectural and Engineering Employment for the Department of OGS hiring those individuals who worked as professional consultants on state-of-the-art projects. Dan also designed the Monticello Raceway and the original buildings that now make up the Albany State Office Campus. Engineering skills aside, Dan was an artist with an unmatched ability to project thought to paper and often was called upon to design locally, including marquees for the Capital Repertory Theatre. Veteran of the Korean War, Dan served his country from December 1952-December 1954 as a Combat Engineer, US Army, SCARWAF Division, Special Category Army Ranger with Airforce. Known for his exceptional drawing skills, SCARWAF tasked him with hand-sketching the local topography while low-flying the regions to ensure roadways were passable for ground troops. Dan enjoyed weightlifting and continued competing well into his 70's, held a black-belt in Judo, and enjoyed sparring with his Cape-Cod friend middleweight boxing champion Marvin Hagler. Dan was a Lifetime Member of the VFW, William F. Wigand Post 8444, Albany, NY, and Retired Fire Commissioner, Greene County. A consummate storyteller with the ability to elicit an impromptu joke appropriate for any occasion, Dan most cherished his time with friends, and there were many, good times and good friends. He will be dearly missed. Family and friends are invited to meet at the South Gate of the Albany Rural Cemetery for a graveside service with military honors on Friday, December 17, 2021 at 10:30AM. A celebration of Dan's life will be held at a time to be determined by the family. Special thoughts of thanks and gratitude to the staff at St. Peter's Hospital, 4 Gabrilove, Betty and Saudia, for their love, care and compassion. In lieu of Flowers donations may be made in Dan's honor to the Tunnel to Towers Foundation, honoring the sacrifice of firefighters who laid down their lives to save others on September 11, 2001.
To send flowers to the family or plant a tree in memory of Daniel Duffy, please visit Tribute Store
Friday
17
December

Share Your Memory of
Daniel
Upload Your Memory View All Memories
Be the first to upload a memory!
Share A Memory
Send Flowers
Plant a Tree