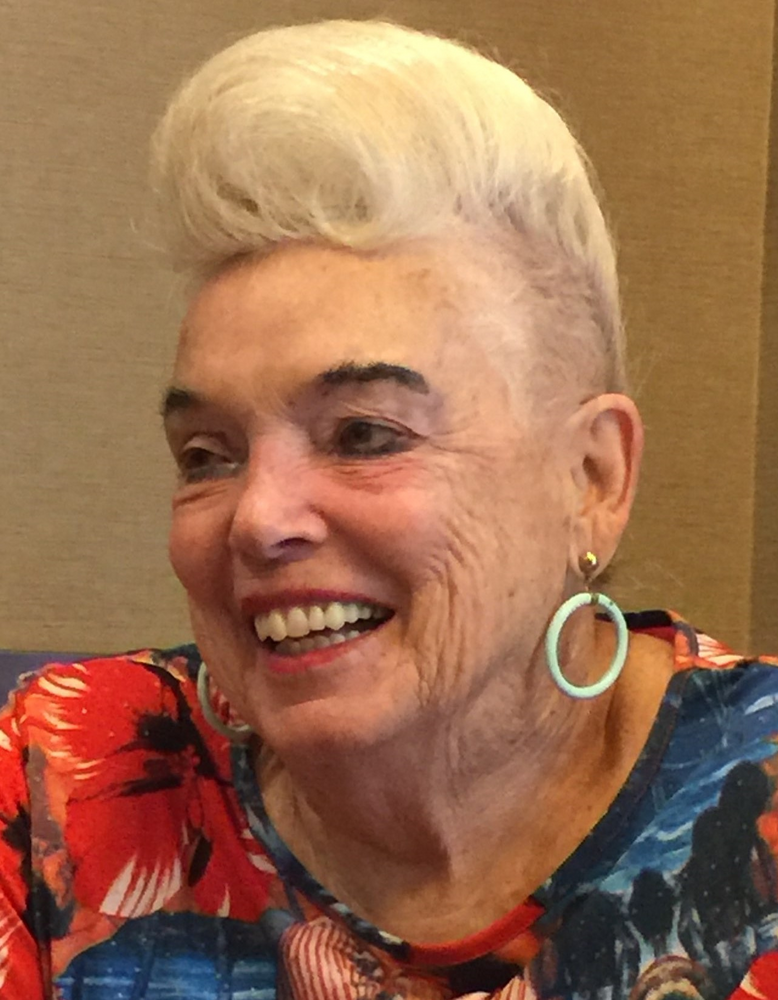 Please share a memory of Helen to include in a keepsake book for family and friends.
View Tribute Book
HELEN E. HAYES JACKSONVILLE, FL - Helen Hayes, 87, of Jacksonville, passed suddenly on August 24th, 2021 in Clearwater, Florida. Survivors include her two sons Steven (Susan) Hayes. Stanley (Phyllis) Hayes, grandson Edgar Hayes and granddaughter Laura McMillen, and five great grandchildren. Ms. Hayes was born in Albany, New York to the late Arthur and Mable Rantanen. She graduated from Cohoes High School in 1951. Ms. Hayes worked for the NYS legislature and NYS Attorney General Environmental Division as a legal assistant. She previously worked as a legal assistant for the law firm Bernard and Kapowitz located in Colonie. She worked part-time as a trip hostess for Yankee Trails. Later she worked as the breakfast coordinator for Hampton Inn and Suites. Helen lived her early life as a young girl on a home on what is now Shaker Hill in North Colonie. This home was located on her father's farm on which the present Shaker High School is located. She had stories of how she used to milk the cows and churn her own butter when she was a young girl. In her school years she was known as the "Farm Girl". Her father Arthur was a former Fire Chief for the Latham Fire district. Helen was told by her father they had no money to purchase white shoes for her graduation. She mentioned this to her brother Lenny and the following day after school she noticed a pair of new white shoes on her bedroom floor. Her father used to occasionally walk their female cow down 155 (Water Vliet Shaker Road) to another local farm to meet up with the local bull. There was no traffic in those days so this was possible back then. Having a chicken farm, they once had over 500 chickens in their small attic when their chicken warmers did not work. Helen often remarked how during WW2 the tanks would rumble by her home on their way to the port of Albany from the arsenal shaking her house as they went by. Their farm was a popular place where they would hold open pit pig roasts for many locals to attend on weekends. Helen said she was always so amazed when her father installed indoor plumbing in their house. This house was later moved down to route 155 and where it still stands today. Helen dedicated herself to raising her family for several years. Later occupationally she was a major force behind the legal firm Bernard and Kapowitz. This firm later became the largest local legal firm that notifies one if one's medical bill is not paid on time. She later moved on to work for the state of NY Attorney General Environmental Division. On a part time basis, she traveled as a host for Yankee Trails where she often traveled to Boston, NYC, Atlantic City and points in between. Helen was a giver to neighborhood kids in South Colonie who needed winter gloves even though she had young kids herself. She had no problem providing an extra plate to many young boys who needed a full meal. She loved to bake many kinds of baked goods that she would often share with her office staff. Helen later moved to Florida and loved every minute of life there. She still missed her grandchildren whom she had once spent so much of her time and treasure. It was obvious they were always on her mind with concern and true love. She would give to many but she loved her family. To her final days she saw to it that others would receive what she had to give. Helen knew what it was like to live without and wanted to do her part to make sure others did not go without as well. Love you mom, from many. Relatives and friends are invited and may call on Wednesday, September 1st, 2021 from 12:00-1:00pm at Dufresne & Cavanaugh Funeral Home, 149 Old Loudon Rd., Latham. Interment to follow at Memory Gardens, Colonie. For directions, information, to light a memory candle or order flowers for the family please visit www.dufresneandcavanaugh.com.
To send flowers to the family or plant a tree in memory of Helen Hayes, please visit Tribute Store
Wednesday
1
September

Share Your Memory of
Helen
Upload Your Memory View All Memories
Be the first to upload a memory!
Share A Memory
Send Flowers
Plant a Tree