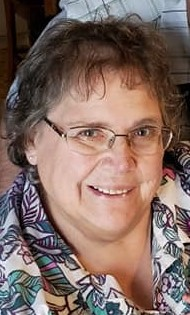 Please share a memory of Christine M. "Chris" to include in a keepsake book for family and friends.
View Tribute Book

Born in on June 26, 1952, she was the daughter of the late Warren and Ruth Mary (Bergman) Baker. She received her Bachelor’s in Elementary Education in 1974 and then her Masters in in 1978 from the . Chris was married to Michael Eugene Kozlowski on June 22, 1985 and shared a devoted union of 36 years prior to her passing.

Chris worked as a School Teacher in many Catholic schools in the Albany area, later teaching at St. Ambrose School in Latham while also volunteering with the youth ministry there. She then taught in the North Colonie Central School District. Chris was also involved and enjoyed her time with the Girl Scouts as a Neighborhood Chairperson. Her other interests included crafting, cruises, traveling in general, especially to Cape May, and singing. However, her greatest joy came from her family especially her adored grandchildren.

In addition to her husband Michael, she is survived by her loving children Scott (Ashley) Kozlowski and Mary (Richard) Varian, cherished grandchildren who were her pride and joy Noah and Adeline, as well as her sister Carol Baker and several nieces and nephews.

In addition to her parents, she is predeceased by her sister Patricia Baker.

Chris’s Mass of Christian Burial will be celebrated on Tuesday, July 20th, 2021 at 10:00 a.m., at Our Lady of the Assumption Church, 498 Watervliet-Shaker Road, Latham with Rev. Geoffrey Burke officiating.

In lieu of flowers donations in Chris’ memory may be made to St. Jude Children’s Research Hospital at https://www.stjude.org/donate.

To send flowers to the family or plant a tree in memory of Christine M. "Chris" Kozlowski, please visit Tribute Store
Monday
19
July

Share Your Memory of
Christine M. "Chris"
Upload Your Memory View All Memories
Be the first to upload a memory!
Share A Memory
Send Flowers
Plant a Tree