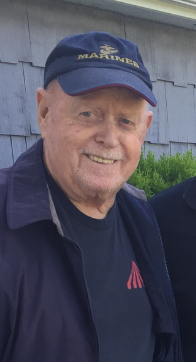 Please share a memory of Edward to include in a keepsake book for family and friends.
View Tribute Book
EDWARD F. MAROIS WATERVLIET- Edward F. Marois, 84 of Watervliet, native of Green Island entered into eternal rest on Tuesday, April 6th, 2021 at Albany Medical Center. Edward was born on July 25th, 1936 to the late Helen and Leo Marois. He was a graduate of St. Joseph's School class of 1949 and Catholic Central High School class of 1953. Edward then enlisted in the United States Marine Corp. in 1954 during the Korean War Era and served honorably until his discharge in 1957 attaining the rank of Cpl. He later attended Siena College night division from 1958 until 1967. While at Siena he worked at Sinclair Refining Co. in Green Island. After graduating from Siena with a bachelor's degree Edward went on to work for New York State in various agencies including The Office of Secretary of State, Dept. of Transportation, and Division for Youth. He eventually retired in 1991 then worked part time driving rental cars and at SPAC, both for almost twenty years. Edward met Joyce M. Wheeler in 1957. They were married in 1959 and raised two sons Michael and Thomas. Edward's greatest pride and joy was seeing the men his boys had become. He was extremely proud of them. Edward was a parishioner of Our Lady of the Assumption Parish and a member of American Legion Post #1450. He loved to travel and was an avid golfer. He played in numerous tournaments and even had a hole-in-one in Dorado Beach, Puerto Rico on Friday the 13th of November 1992. In addition to his parents Edward is predeceased by his son Thomas Marois. Survivors include his wife Joyce, son Michael (Holly), brother Robert (late Trudy), grandchildren, great-grandchildren, nieces, and a nephew. Services for Edward will be private at this time as per the wishes of his family. For information or to light a memory candle for the family please visit www.dufresneandcavanaugh.com.
To send flowers to the family or plant a tree in memory of Edward Marois, please visit Tribute Store

A Memorial Tree was planted for Edward
We are deeply sorry for your loss ~ the staff at Dufresne & Cavanaugh Funeral Home, Ltd., Latham, NY
Join in honoring their life - plant a memorial tree
Online Memory & Photo Sharing Event
Online Event
About this Event

Look inside to read what others have shared
Family and friends are coming together online to create a special keepsake. Every memory left on the online obituary will be automatically included in this book.
View Tribute Book
Services for Edward Marois
There are no events scheduled. You can still show your support by sending flowers directly to the family, or planting a memorial tree in memory of Edward Marois.
Visit the Tribute Store

Share Your Memory of
Edward
Upload Your Memory View All Memories
Be the first to upload a memory!
Share A Memory
Send Flowers
Plant a Tree