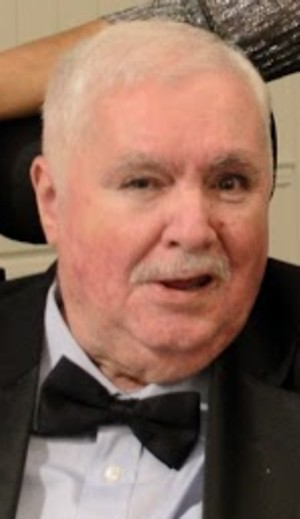 Please share a memory of Dr. Joseph to include in a keepsake book for family and friends.
View Tribute Book
DR. JOSEPH E. FLAHERTY Latham- Computer science pioneer Dr. Joseph Edward Flaherty, 74, of Latham, died on March 28, 2018 at St. Peter's Hospital. He was born September 16, 1943 to Joseph Bernard and Mae (Aliota) Flaherty in Brooklyn, New York. Upon completion of high school, he studied at the Polytechnic Institute of Brooklyn, where he earned a Bachelor of Science in Aerospace Engineering in 1964. He then earned a Master of Science in 1966 and a doctorate in 1969, both in applied mechanics. On June 17, 1967 he married Lorraine Amelia Plati, and they eventually settled in Latham, New York. In 1972, Dr. Flaherty joined the faculty at Rensselaer Polytechnic Institute (RPI) in Troy, New York where he remained until his retirement in 2005. In 1984, he was instrumental in the establishment of the Department of Computer Science at RPI and was its chairperson for the ensuing seven years. In 1991, he achieved the rank of Amos Eaton Professor, an honor so named for the co-founder of RPI. In 2001, he became the Dean of the School of Science. During his tenure, he co-authored thirteen reference books, wrote countless journal articles and papers, spoke at conferences around the world, and served as a thesis advisor and mentor to numerous students and doctoral candidates. He was a member of eight professional societies: Association for Computing Machinery, American Mathematics Society, Institute for Electrical and Electronics Engineers, Institute for Mathematics and Computer Science, Mathematics Association of America, Society for Industrial and Applied Mathematics, and United States Association for Computational Mechanics. He was also a member of four honor societies: Pi Mu Epsilon, Sigma Gamma Tau, Society of the Sigma Xi, and Tau Beta Pi. Dr. Flaherty was predeceased by his wife Dr. Lorraine Flaherty in 2006 and cousin Concetta DeLuca in 2015. He is survived by his daughter Amy, son Joseph R. Flaherty (wife Sarah Rosenblatt); cousins Thomas Sergi (wife Patti and daughter Krista), Richard Sergi (wife Lora and daughter Lauren), and Joan Sergi; and by brother-in-law Thomas Plati (wife Susan and son Joshua). A celebration of Joseph's life will be held Saturday April 21, 9:30 AM at The Chapel + Cultural Center at Rensselaer Polytechnic Institute, 2125 Burdett Avenue, Troy, New York. In lieu of flowers donations may be made in Joe's honor to the American Cancer Society. For information or to light a memory candle for the family please visit www.dufresneandcavanaugh.com.
To send flowers to the family or plant a tree in memory of Dr. Joseph Flaherty, please visit Tribute Store
Saturday
21
April

Share Your Memory of
Dr. Joseph
Upload Your Memory View All Memories
Be the first to upload a memory!
Share A Memory
Send Flowers
Plant a Tree