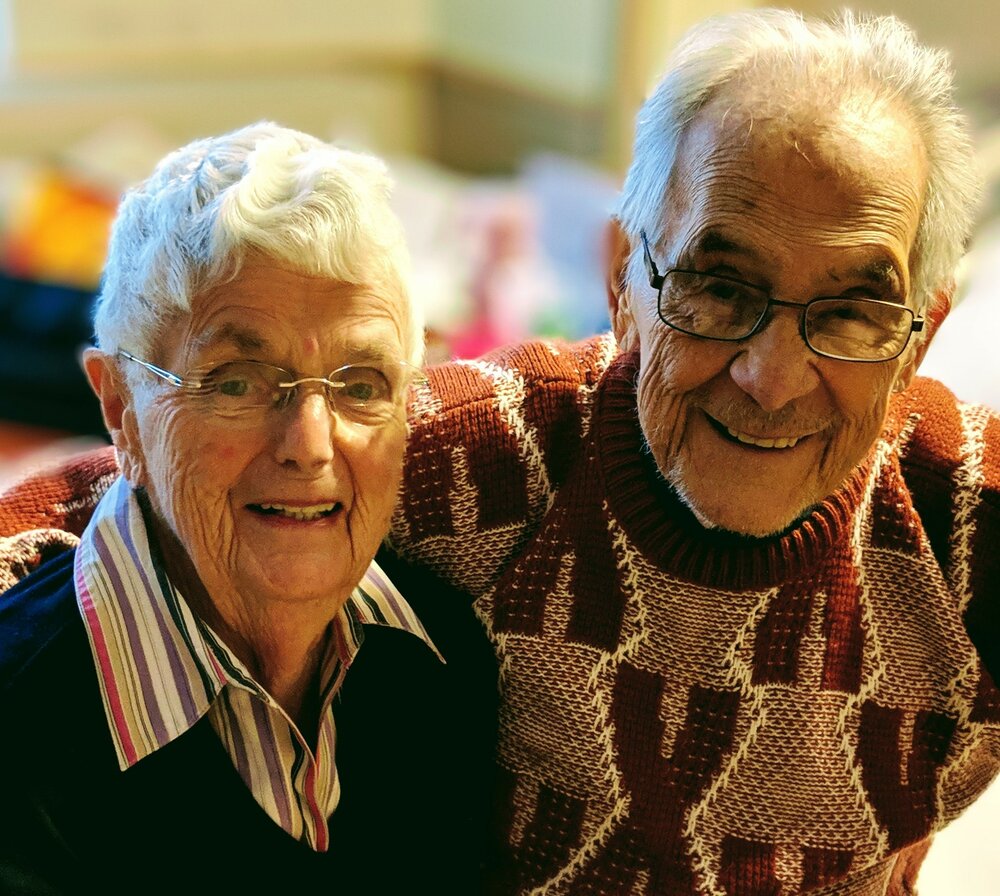 Please share a memory of Fay to include in a keepsake book for family and friends.
View Tribute Book
FAY LEVITTO LATHAM- Fay B. Levitto, 88, of Latham, passed away on August 20, just ten days shy of her 89th birthday. Born in Mt. Kisco, NY in 1932, Fay was the daughter of the late Lea and Lester Brown. Fay graduated from St. Petersburg high school in Florida before meeting the love of her life, the late Tony Levitto. The pair was married on August 18, 1955, and were inseparable for the next sixty-six years, until Tony's passing in December. Fay was a member of the Niskayuna Reformed Church, where she served as a steven minister, as well as the Colonie Elk's Lodge 2192 Women's Auxiliary. She worked as a specialty stationary coordinator/designer for Shatz Stationary. Quilting and gardening were her favorite hobbies. Fay's grandchildren will remember her most for teaching them to dive, her jello bunnies and mashed potatoes, and summers spent together in the back yard. Her family will greatly miss her frank conversations and willingness to listen and offer sage advice. Fay is survived by her devoted son-in-law, Steven Mapes, sister, Muriel Powell, cherished grandchildren Erika Leigh Mapes-Gelo (Tom) and Jordan Anthony Mapes (Jennifer), great-grandchildren Ossian Mapes, Julianna Tourangeau, Adelaide Gelo, Melody Mapes, and Luca Gelo, as well as nieces and nephews. Fay is predeceased by her beloved husband, Anthony Levitto, daughter, Toni Fay Mapes, son, Timothy J. Levitto, and sister, Germaine P. Ross. In celebration of the lives of Tony and Fay Levitto, family and close friends are invited on September 25th, 2021 to a 1:00pm graveside service at Memory Gardens Cemetery, Colonie, followed by a small catered gathering in the East Pavilion at the Crossings of Colonie. Arrangements are under the direction of the Dufresne & Cavanaugh Funeral Home, www.dufresneandcavanaugh.com.
To send flowers to the family or plant a tree in memory of Fay Levitto, please visit Tribute Store
Friday
20
August

Share Your Memory of
Fay
Upload Your Memory View All Memories
Be the first to upload a memory!
Share A Memory
Send Flowers
Plant a Tree