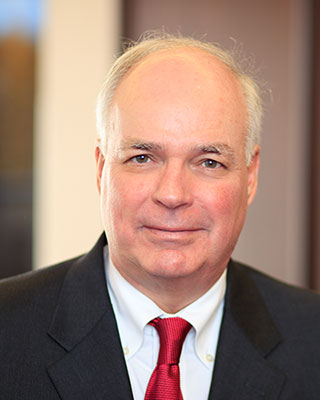 Obituary of William B. Picotte

Please share a memory of William to include in a keepsake book for family and friends.
View Tribute Book
WILLIAM B. PICOTTE William Burgess Picotte, 71, died suddenly on August 6, 2021, at home in Menands, New York. Born August 23, 1949, Bill was raised in Loudonville by the late Helen M. and Clifford E. Picotte. Bill graduated from The Albany Academy and held a B.A. from the College of the Holy Cross. In 1971, Bill completed basic training at Fort Dix before serving in the New York Army National Guard. Also that year, he began a 50-year career at Picotte Companies, a commercial real estate company founded by his grandfather, uncle, and father, where he remained a Senior Vice President. Bill's life was marked by leadership and service to numerous Capital Region organizations. He chaired the Board of Trustees of The Albany Academy and served as a director of, among others, Parsons Child and Family Center, Teresian House Foundation, WMHT Public Television, the Greater Capital Association of Realtors, and Commercial and Industrial Real Estate Brokers (CIREB). Bill served as president of the Fort Orange Club and on the Board of Governors for the Lake George Club. With his cousins, sister, and wife, he was honored with a Citizen Laureate Award in 1997 by the University at Albany Foundation. He was invested as a Knight of Malta in 2000 and worshiped at Historic St. Mary's Church of Albany and St. Paul's Church of Manchester, Vermont. Bill is survived by his devoted wife, Susan Carroll Picotte, and by two sons, David (Abigail Browning) and Philip (Devon Parish), as well as a granddaughter, Meredith. He is predeceased by his parents and by his sister, Ellen Anne Picotte (James Dolan). He is also survived by an extended family, including brother-in-law, John Carroll (Erin Butler), and nephews Seamus, Sean, and Delaney Carroll, and cousins, Rhea Clark (late James), John Picotte (Maggie), Michael Picotte (Margi), Marcia Floyd (Fred), Peter Picotte (Angela), and Br. Andre Picotte, OFM Conv. In lieu of flowers, memorial contributions may be made to The Albany Academies, Catholic Charities of the Diocese of Albany, and the College of the Holy Cross. A Mass of Christian Burial will be held at 12:00 noon on Friday, August 13, and will be preceded by calling hours from 10:00am to 12:00 noon, all at St. Pius X Church, 23 Crumitie Road, Loudonville, New York. Attendees are asked to remain masked while indoors and distance whenever possible. Interment will immediately follow at St. Agnes Cemetery, Menands. Arrangements have been entrusted by the family to and are under the direction of Dufresne & Cavanaugh Funeral Home. For directions, information, to light a memory candle or order flowers for the family please visit www.dufresneandcavanaugh.com.
To send flowers to the family or plant a tree in memory of William Picotte, please visit Tribute Store
Friday
13
August

Share Your Memory of
William
Upload Your Memory View All Memories
Be the first to upload a memory!
Share A Memory
Send Flowers
Plant a Tree