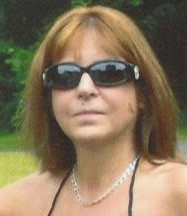 Please share a memory of Angela to include in a keepsake book for family and friends.
View Tribute Book
GREEN ISLAND - Angela Marie Simeone, 59, of Green Island, beloved wife of Victor P. Simeone, entered into eternal life on Tuesday, April 13th, 2021 at Strong Memorial Hospital, in Rochester. Born in Troy, on March 23, 1962, she was the daughter of the late Peter N. and the late Leah R. (Cherney) Fulgan Jr. She was a graduate of Catholic Central Highschool. Angela and Victor were married on July 12th, 1994. Angela was a wonderful wife, daughter, sister, aunt, stepmom, grandma and friend. She had her love for her family and a love for Harley Davidson motorcycles which she enjoyed riding whenever she could. She also represented Harley Davidson very well and they probably should have paid her for being a walking advertisement as she was rarely seen not dressed in something Harley. Angela worked in her dad's plumbing and heating company's office after high school and then worked as a bookkeeper for an accounting company. In opposition to her sisters and nephews (Yankee Fans) she was a Boston Red Sox fan which they did not hold against her and tried to bring her over to their side, but much to their dismay she remained a loyal fan. Angela adored her many nieces and nephews and spent time babysitting them and just spoiling them as a wonderful Aunt would do. Angela and Vic enjoyed their time together, whether it was riding motorcycles, traveling, going out to dinner or just being at home together. Angela loved Vic very much and Vic loved Angela so much. They had been through a lot of great times together and some very hard times together, but they always stuck together and always supported each other. Angela was taken too soon and her family is heartbroken, but the family will seek comfort in the fact that Angela will now be reunited with her mom and dad, her stepson Anthony, Pauli P., Uncle Joe and finally get to meet Vic's dad. There are many loving angels up there waiting to see her and embrace her and that is what her family will remember as they try to get through this difficult time. In addition to her husband Victor, Angela is survived by her stepson Christopher (Mary) Simeone, her siblings Peter (Gail) Fulgan, Kimberly Comproski, Gina (Adam) Ellenbogen, and Toni (Dave) Howard, several grandchildren and great-grandchildren, dear friends Lynn Prignon and Carol Hendrickson, and many nieces and nephews. In addition to her parents Angela is predeceased by her stepson Anthony Simeone. Relatives and friends are invited to attend calling hours on Monday, April 19th, 2021 from 11am-1pm at the Dufresne & Cavanaugh Funeral Home, 149 Old Loudon Rd., Latham. A prayer service with Rev. Nick TeBordo will take place immediately following. In lieu of flowers memorial donations may be made to Harbor House of Rochester, 89 Rossiter Rd., Rochester, NY 14620. For directions, information, to light a memory candle or order flowers for the family please visit www.dufresneandcavanaugh.com.
To send flowers to the family or plant a tree in memory of Angela Simeone, please visit Tribute Store
Monday
19
April

Share Your Memory of
Angela
Upload Your Memory View All Memories
Be the first to upload a memory!
Share A Memory
Send Flowers
Plant a Tree